In Indonesia, young people took to the streets to celebrate International Youth Day with a series of events that shone a light on youth unemployment, child marriage and negative stereotypes of youth in the workplace.

The week before International Youth Day, young people Makassar, South Sulawesi kicked off the celebrations with a long march to promote the main IYD event on 31 August. More than 100 young people from EYW and the Creating Spaces Project in South Sulawesi took part, and spoke out about youth employment and problems facing young people in the workplace. The march took place on ‘Car-Free Day’, which is held Sunday to reduce pollution in Makassar and attracts young people who come to play sports and socialize.

The events in Makassar continued with a series of panel discussions under the banner of Aku Muda, Bicara Kerja (I’m Young, Talking About Work). The activities aimed to encourage the government and private sector to take action to end youth unemployment and challenge negative stereotypes about young people in the workplace. More than 400 young women took part in the discussions, which were organized jointly by Oxfam in Indonesia and Aliansi Remaja Independen (Alliance of Independent Youth).

Power to the (young) people!

The main International Youth Day event brought young people face to face with a wide range of stakeholders from government, the private sector and non-government organizations, providing an important opportunity for young people to have a say.

The event was led by influential youth role models who talked about their own experiences and the obstacles they had overcome along the way. Hasmita, from the Children’s Forum and the Teenage Marriage Prevention Group set the scene in a session on ‘Investment of Life Skills for Youth’. She shared her story of how she built her own business, and explained how her group encourages youth and children in her village to channel their aspirations. She also had some inspiring words for the young women in the audience about their potential to make a difference.

“The young girls of today are the source of power. They are steadily creating a big impact.”- Hasmita, Children’s Forum and the Teenage Marriage Prevention Group

The conversation was continued in a panel discussion on ‘Tackling Stereotypes about Young Workers’, which among others featured Adi Soeharli, Head of Business Development at Grab, a cab-hailing app. He pointed out that while young people experience gender stereotyping in all aspect of their lives, they are often unaware of the impacts it can have on their education and livelihoods. Ali emphasized that youth have an important role to play in the private sector, especially in the areas of innovation and productivity. He even encouraged the young participants to join the company! 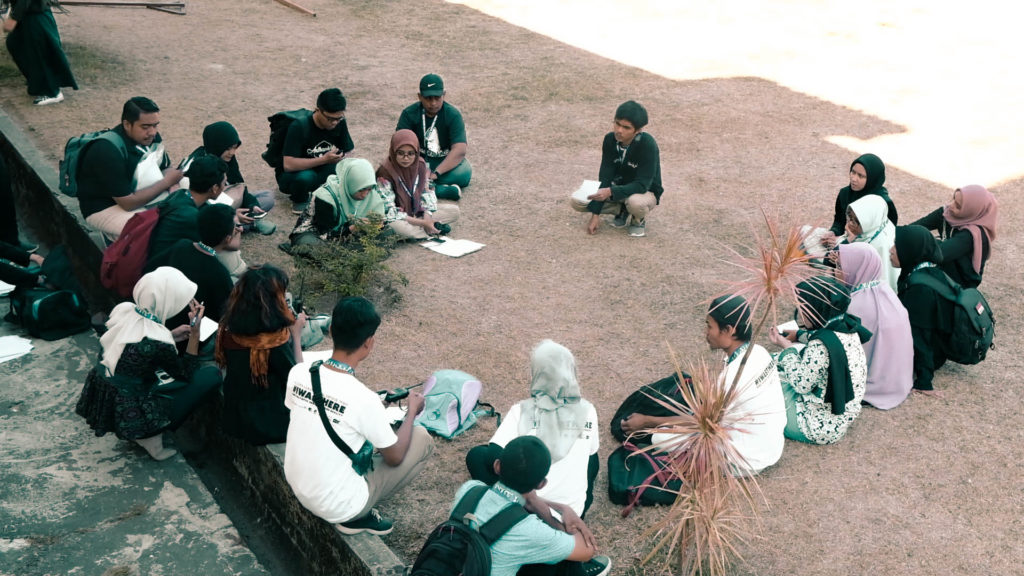 Sri Endang, the Head of Youth and Sports official in South Sulawesi, closed the event and pledged that the government will provide training, facilitation and funds for entrepreneurship with support from all stakeholders – a very welcome message for all present. EYW youth will now directly link up with the youth role models, who will support them in their journey to achieve their ambitions.